Prevention of Cruelty to Animals

April is widely recognized by many national and local organizations as a time to renew awareness of the issue of animal cruelty. Here at Your Pet Space we take great care to ensure our furry friends are healthy and comfortable with their time with us, and we take prevention of animal cruelty very seriously.

A bit of history

Unfortunately, animal cruelty is still widespread and common, and no matter how much a society progresses, if animal abuse and cruelty are prevalent in it, it can still be considered savage and primitive. For this reason, rather than one single day, an entire month is dedicated to the elimination of animal cruelty and creating awareness for it. Animal abuse is around us, in every community we live in. Here at Your Pet Space we are also passionate about the cause and use our platforms for the promotion of animal rights and welfare.

The ASPCA (The American Society for the Prevention of Cruelty to Animals) started the observance of this month-long campaign in 2006. It takes place annually and has become a nationwide celebration of the protection of animals.

Every 60 seconds – the frequency of animal abuse in the world.

65% – the percentage of all abused animals that are dogs.

10 million – the number of animals who die each year in the U.S. from abuse alone.

100,000 – the number of horses that are killed in the U.S. and processed for human consumption.

250,000 – the average number of animals who are victims of hoarding by their owners every year.

⅓ – the number of parrot species on the verge of extinction due to the exotic bird trade.

115 million – the number of animals used for lab experiments around the world.

97% – the number of animals killed and tortured every year that are farm animals. 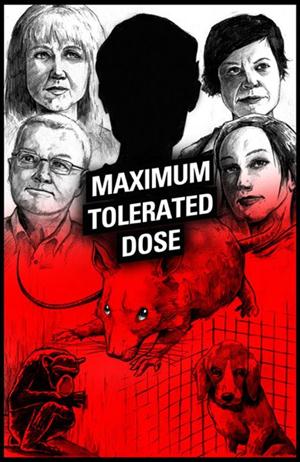 In Maximum Tolerated Dose, laboratory technicians and scientists discuss the horrors of testing on animals and explain why they refuse to do it.

Blackfish goes behind the scenes at SeaWorld to expose how captivity affects marine mammals.

We offer boarding and daycare packages for those who want to further their animal’s fulfillment, and give their pets a better option of care and socialization.

Not only are the owners licensed, but each YPS Specialist is also trained to be certified to better care for each animal in our facility.

We also offer home sitting to those who are unable to bring their pet companion to our facility. Please call today for more information.

Contact our front office to learn more about Joy’s classes, available for education on pet care and awareness!

Last year about fifty American police dogs died of heat exhaustion from being locked in hot cars. This is why we need to remember to recognize April as National Prevention of Cruelty to Animals Month. As hard as it is to stomach, we need to think about how we treat our fellow creatures. Opposable thumbs and thinking about abstract concepts may separate us from animals, but these facts do not justify cruelty toward our four-legged friends. It’s our responsibility to speak about the injustices we see for those who do not have a voice. Humans are capable of great destruction, but we are also capable of great good. Prevention of Cruelty to Animals Month is about recognizing our potential for both and doing something proactive. Join us on our journey of animal cruelty prevention here at Your Pet Space.

Stay up-to-date with all our Newsletters and Articles, as well as any Special Packages!